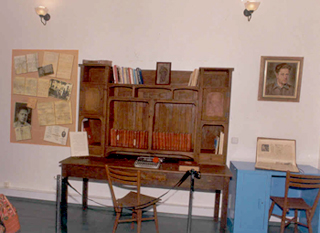 Nâzım Hikmet’s belongings granted to Nâzım Hikmet Culture and Art foundation in various periods are exhibited in Nâzım Hikmet Memory Hall opened on 3rd of June, 1999 being 36. Anniversary of the death of Nâzım Hikmet. There are heavily belongings used together with Mrs. Piraye, his wife and Memet Fuat, his son, in 1930s and kept by Mrs. Piraye meticulously in the hall.

Moreover, his personal belonging he used during his years in Moscow and granted by Samiye Yaltırım, his sister and his friend is exhibited in a hall which was arranged carefully like a museum.

Ayşe Yaltırım, Müzehher Vâ-nû, İsmail Hakkı Balamir, İlhan Selçuk, Vera Tulyakova Hikmet, Valentin Babayev, Galina Kalesnikova, Abidin Dino, Anar Rızayev and many friends of Nâzım Hikmet are among the grantors of belongings exhibited in the Memory Hall and tried to be brought together for years by Nâzım Hikmet Culture and Art Foundation.

The belonging that Memet Fuat mentions in his book called “Gölgede Kalan Yıllar” is exhibited in the Memory Hall:
Memet Fuat talks about this belonging with the following words in his book: 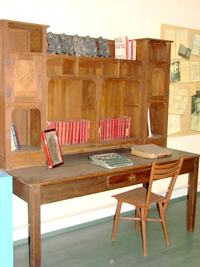 There were belongings that are not present in Cihangir in the room we used to sleep. Once, the bed in the mansion of my grandfather came for my sister. There was the famous library of Nâzım being the heritage of grandfather on a long table between our beds being in two sides of the room. I don’t remember that table and Bookshelf from Mithat Pasha mansion but he had been left there since they would not fit in the apartment in Cihangir, he took them when he moved to Nisantasi…

There was a desk, two chairs other than my bed in my room in Cihangir. They are still there. I think they are things coming from the house of Nâzım’s father. They can’t be used anymore; however Piraye did not dispose them; protected them. I protect, too. Brother Adnan had painted my desk and chair in blue. My bed was blue, too… 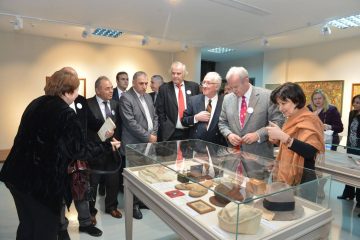 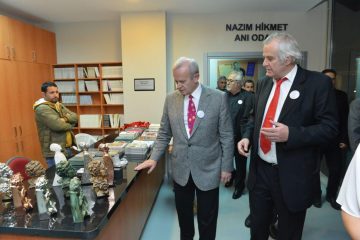 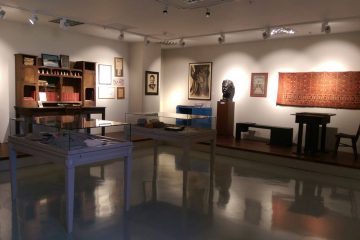 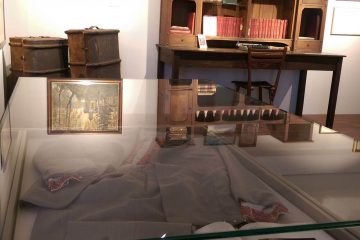 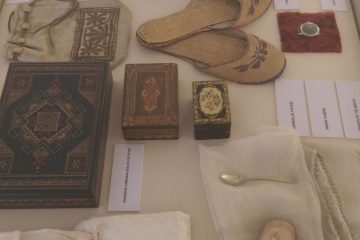 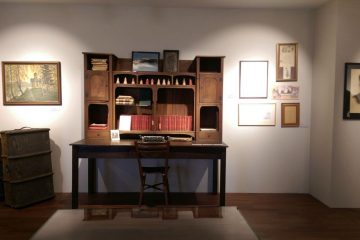 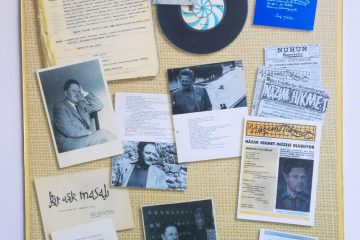 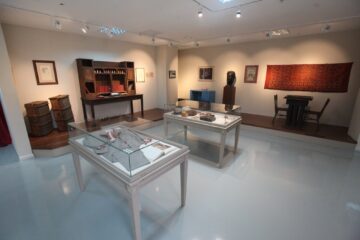 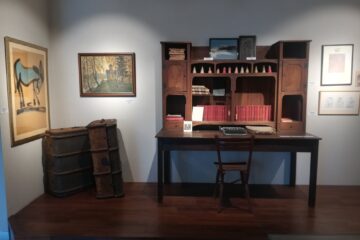 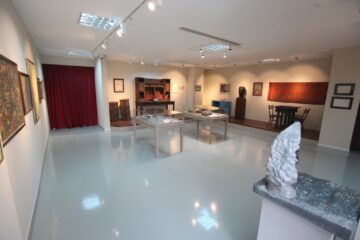 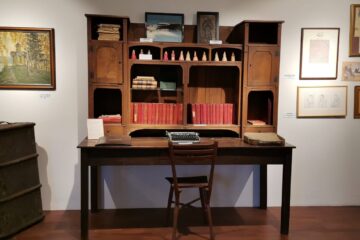 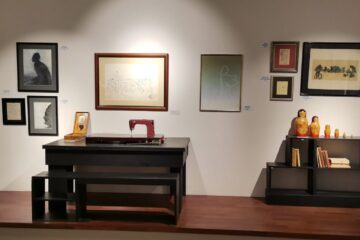 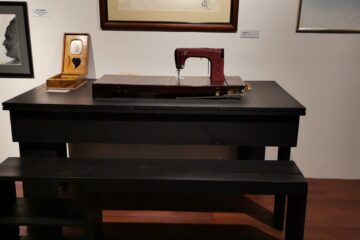 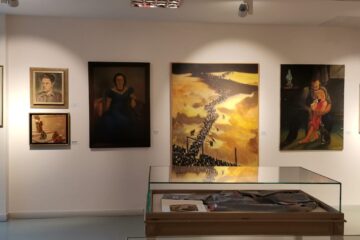 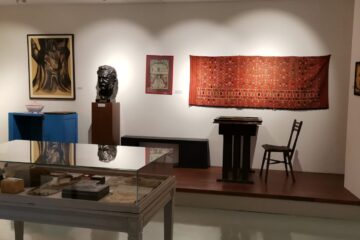 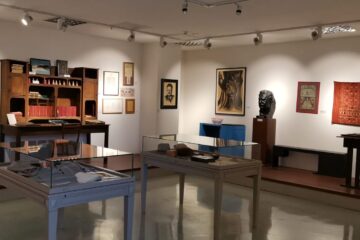