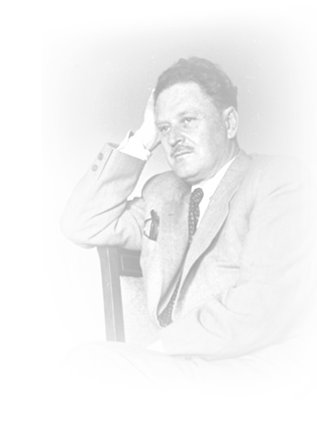 Here ‘s a short excerpt from a poem which I thought summarized the poet’s thoughts and feeling really well:

LET’S GIVE THE WORLD TO THE CHILDREN

Prison conditions, negativity can neither reduce his strength nor weaken his beliefs. He still has much to live for despite time racing by… He’s the poet of hope:

The best sea has yet to be crossed.
The best child has yet to be born.
Our best days have yet to be lived;
and the best word I want to say to you
is the word I have not yet said.

The poet, who fits the whole wotis into his heart, now embraces the world beyond and the universe. To the doctor that diagnoses him with angina pectoris when he gets sick in prison, he. calls out as such:

If a half of my heart is here
the other half is in China, doctor.
In the army flowing towards
the Yellow river.

Then, every night when the prisoners fall asleep
and the infirmary is deserted
my heart is in an old large house at Chamlicha,
every night
doctor.

Then, after these ten years,
to offer my poor people
I have only one apple in my hand, doctor,
a red apple :
my heart…

Not arteriosclerosis, not nicotine, not prison,
that’s the reason, my doctor, that’s the reason
of my angina pectoris….
I am looking at the night through the bars
and in spite of the pressure on my chest
my heart beats with the most distant star…

(His prison life which consumes about 13 of his years ends as a result of the campaigns initiated to end this injustice. The hunger strike he starts in prison, the voices raised from his country and abroad, the collaboration of honorable intellectuals lead to Nazım Hikmet’s release.)

Even when Nâzım Hikmet is still in prison, the world has heard his voice. The world peace forces respond to the peace calls of the poet who watches the war from behind bars. Because of his contributions to world peace, he’s nominated to receive the International Peace Award along with Pablo Picasso from Spain, Paul Pobesonfrom the U.S., Wanda Yabukow ska from Poland, and Pablo Neruda from Chile.

However, Pablo Neruda receives the award of the newly released Naıim Hikmet. On November 22, 1950, as he is accepting his award at the World Congress For Peace, Neruda pays tribute with the following call: “His booming voice echoed so loud from his prison cell, he was heard by all humanity. My poem stands proud to be next to his at this hour of intense struggle for peace:

He becomes a young but heartsick father at the age of 49. He builds a new life for himself but yet he is not left alone. Although he had attended militan’ high school and was well past the military age, he is called to active duty without regard for his illness. The time is that of escalating tensions of the Cold War.

He is forced to leave his country, leaving behind his loved ones, his heart! He is never able to return to his family, his friends, his beloved Istanbul! Istanbul becomes the object of his nostalgia. He says, “There are two things that one can forget only in death, the face of one’s mother and the face of one’s hometown “.

Nazım Hikmet then takes residence in the very reason for which he served in prison all those years. He is in Moscow. He spends the rest of his life in Moscow, Prague, Berlin, Warsaw, Baku, Paris, and Vienna.

Once again, he returns in full force to writing about freedom and peace. He calls from the stand of peace and the forum of youth to all people of the world! He brings to light the longing for peace, and his longing of his home, his people!…

He becomes a waitress in Berlin’s Astoria Hotel one day, a mailman crossting the Bering Strait the next. He dies as a seven-year-old girl in afire in Japan one day, or by a bullet in his forehead in Algeria on another day. He is an Asian, an African, a European. He states in one poem “Only the Americans did not grant me a visa “. Or, he calls out to his painter friend Abidin “Can you draw me a picture of happiness?” when he returns from Cuba.